Our goal is to facilitate individuals, organizations, and companies with an outreach and multilingual orientation to attain their goals seamlessly and effectively. Our vision is to champion, promote, and showcase the worth of the profession and art of translation and translators in the global community through our thoroughly professional, attentively friendly, and fully customised services.

We met as students at the Ionian University in 2003 and we became fast friends. Our graduate studies did lead us to separate paths, but only for a while; we never lost contact with each other. With our course of studies complete behind us, we joined the workforce: we worked at a number of translation agencies, traveled, acquired working experience and knowledge as full members of the translation community. Our translation journey helped us see the whole picture, to actually grasp what the needs were within the sector we were so passionate about. That is how we decided to become partners; we didn’t just want to set up our own business. We wanted our translation agency to operate under our own terms, ensure that our team members received fair fees, deliver top-quality translations, and pave the way to larger and more significant projects.

Aliki studied Τranslation at the Ionian University and she also holds a master's degree in Chinese Studies from the University of Edinburgh. She perfected her knowledge of the language during the semester she spent at Nankai University in China and worked as an English teacher in Shanghai for one year. She has been working in the field of translation and interpreting since 2010 and is a member of PEEMPIP. Since 2014 she has been actively involved in the field of entrepreneurship, working as an EU Project Manager for the Academy of Entrepreneurship, and having participated in a number of global conferences, representing Greece. Her interests revolve around reading, cinema, and inline skating. 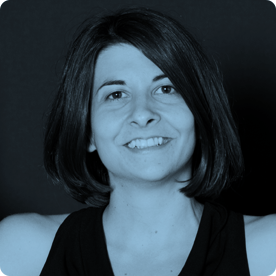 Marina studied translation at the Ionian University and obtained her master's degree in Turkish Studies from Leiden University, during which she attended classes at Boğaziçi University in Istanbul. She has been working as a translator since 2007 and is a member of PEEMPIP. She lived and worked in Amsterdam for five years before moving to Brussels in 2017 to join the European Commission. She has since stopped being actively involved in Yourtranslator. She loves literature, yoga and the performing arts. 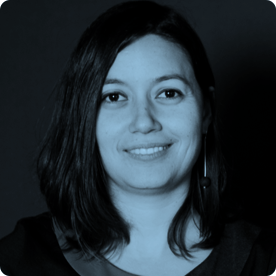 Dina graduated from the Department of Translation of Ionian University in 2008. She has completed a master's programme in International and European Studies at Piraeus University, Athens. She has been working as a translator since 2007 and is a member of PEEMPIP. In 2011 she participated in a volunteering project in Itajubá, Brazil, and became a member of Activate Now, a citizen initiative in Sparti. She likes reading, writing, dancing and playing music. She is an active member of Sparti's hiking club and training to be a mountain leader.

Where to find us